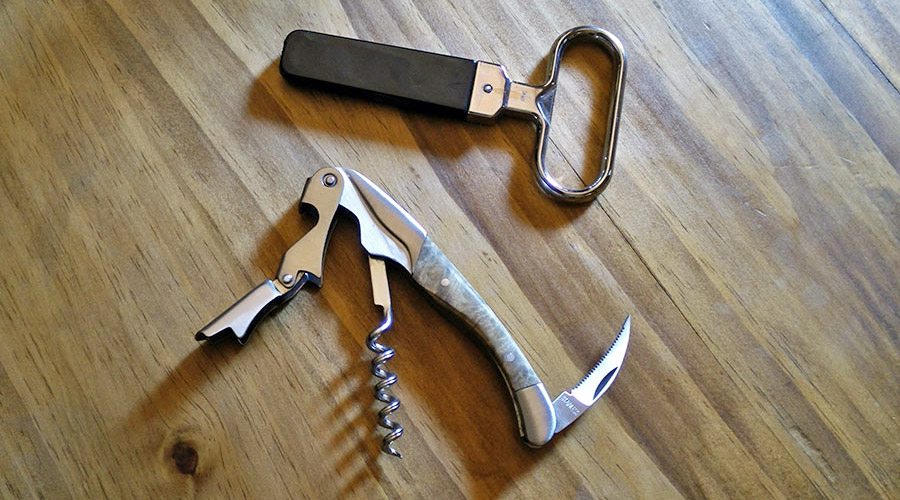 The sommelier. What was once just the guy in the room with a corkscrew has become one of the sexier titles to hold these days. But what does it mean? The most basic definition of a sommelier is that it’s essentially a server, usually in a restaurant, who specializes heavily in wines but also beers, spirits, mixed drinks, tea, coffee, and historically, cigars.

This makes it pretty clear as to what the sommelier does but an issue arises when someone states that they’re a sommelier (or the more ridiculous “somm” abbreviation that appears here to stay) but they’re not actually working in service. Is this person still a sommelier? The simple answer is, no.

A perfect example of this confusion was when a winemaking friend of mine invited three professional sommeliers from the US to work in his cellar. On the evening of the final dinner of their stay, another friend of the owner arrived, and these sommeliers asked him what he does for a living to which he stated, “I’m a sommelier.”

Their next logical question was, “Oh cool, where do you work?” to which his reply was, “Oh, um, I, uh don’t work in a restaurant. I just went and did the courses.” They were unimpressed as it now seems that everyone from web developers to lawyers to marketers all want in on being a “sommelier” when in fact, only someone working as one can really state that they are one.

This is an important distinction as working this position is a hard job in the hospitality industry where you’re on your feet, running, the entire shift. Hours are long and include late nights, it’s very physical, and so it favors a younger demographic due to this. Also, the pay isn’t usually that amazing.

The salient point to understand here is that for someone, say, working in marketing for a drinks PR firm to run around calling themselves a “sommelier” is nothing but a disservice to the thousands of people who are quite literally busting their asses night in, night out to serve people their drinks of choice.

I largely blame the United States for this tendency as there exists the culture of having a job that pays the bills but presenting yourself as what you’d rather be doing. Someone pushing paper in a dreary government job might call themselves an “artist” to everyone they meet in a social setting. Or the most classic example is someone who calls themselves an “actor” yet is working in a coffeeshop or is fully out of work. There’s really nothing wrong with this as both these examples of the aspiring artist or actor are of people (theoretically) active in striving for their creative pursuits.

However, deeming yourself a “sommelier” to your colleagues at the law firm is just wanting to show off that you know something about wine because you did a course–unless after a 16 hour day at the firm, you’re then going to maintain and serve the list at a restaurant. Sure, this could actually happen, but the rarity of it is exceedingly slim.

If you live in Spain like I do or a comparable country which lacks upward job mobility, you’ll be very aware of “titulitis” which is essentially gaining educational certificates and titles for the sake of gaining ever more titles. It is not uncommon to find people who have actually earned two PhDs and might even be working on some other advanced academic title, while paying the bills as a civil servant.

But when it comes to the sommelier, this has become a “prestigious” title that it seems people the world over have been itching to earn, even if they have absolutely no interest in doing the actual work of a sommelier. The fire has been fanned to a great deal by the never-ending series of “SOMM” films as well as skin-deep books like “Cork Dork” that glamorize and fetishize the profession more than actually giving any window into what it really takes to do it.

Given the rise of the “star chef” through multiple TV shows (Top Chef, Iron Chef, Hell’s Kitchen, etc.), it’s no wonder a front-of-the-house equivalent has been elevated beyond its humble beginnings as well, no matter how dull it usually is when filmed (ex. Uncorked). Curiously though, while you may find someone at the previously-mentioned law firm example claiming to be a sommelier, you’ll never hear them say they’re a “chef de cuisine” if they don’t work in hospitality.

There are now many sommelier-certifying bodies around the world, and you can find a number of them listed below. But it needs to be emphasized that for the most part, they’re just that and they’re neither government-sanctioned official educational institutions nor even accredited programs. So that “Master Sommelier” title actually isn’t a “master” in any sense of how the academic world defines it. It’s a group of people with no educational background who started certifying “masters” who have then gone on to certify other “masters”.

These programs offer up an important distinction as the tests are (or at least should be) difficult and if you’ve earned one of them, there isn’t anything wrong in stating it on a resumé, but you should be using the full title of the certificate. For example, I passed the Certified Sommelier exam but I’m actually a journalist. Even though I work the floor doing wine service at a friend’s restaurant from time to time when he’s swamped, by no means would I ever call myself a “sommelier”. In fact, when I’m invited to talks and people ask for my bio, I emphasize the “Certified Sommelier” aspect and if they send it back to me with just “sommelier”, I ask them to remove it altogether as that simplification is disingenuous at best.

As to the why

It’s an important difference to point out as there are a lot of people taking these exams when they most probably shouldn’t be. I took it because I lead a lot of tastings and have a public-facing aspect on top of my writing work. If I was to do it all over again, I would have just gone the way of the WSET or another purely educational body. I fully own up to that bad choice in directions which is why I wrote this article to hopefully save others the trouble.

A friend of mine who leads wine tours and has done the WSET II course and is working on WSET III is often asked by clients if she’s a sommelier to which she replies, “No, of course not, I don’t work in a restaurant.” There is unfortunately a conflagration now with any studies in wine being considered something sommelier-y as shown with well-known wine writer Jancis Robinson who is a Master of Wine being included on “Top Sommelier Lists” to which she’s glibly replied, “Thanks for that but not a sommelier. Never served a bottle of wine in my life.” 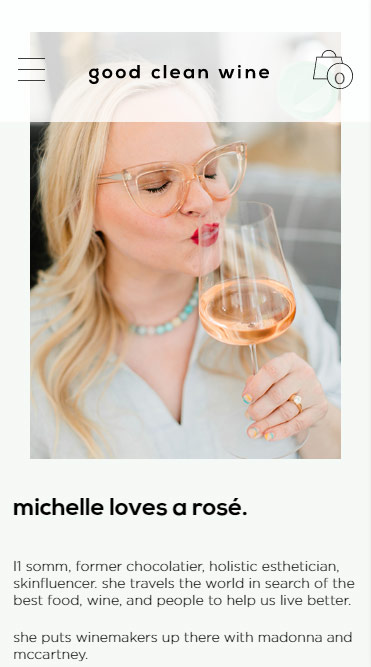 So why is it important to emphasize the difference in “working as a sommelier” versus having “earned a sommelier title” for some reason? It’s for the simple reason that these are different things and claiming to be one infers that you’re doing work you’re not actually doing, all in the name of street cred you most definitely don’t deserve.

On a certain level, saying that you’re a “somm” is now used to infer some level of authority, often in a shammy manner. Take for instance the issue of this new enterprise, “Good Clean Wine” that wine people have been busy tweeting about with outrage. In their website one of the founders named, “Michelle” states that she’s a “L1 somm”. I take this to mean that she’s passed the Introductory Level of the Court of Master Sommeliers (although who knows) and as she clearly doesn’t work in a restaurant, she’s stating this to give herself a questionable sheen of authority as a wine expert in order move a rather disingenuous product. [Note that after writing this article the mention was scrubbed from their website, but the original can be viewed to the right.]

Anyone who wants to know more about wine, should most definitely dive into it head on, but until we get over this “I’m a somm!” silliness it feels like a lot of people are going to continue heading down unnecessary educational paths and fill up the seats for people who actually are working in hospitality and have immediate need of these certifications and knowledge for practical reasons.

And let’s keep in mind that the people working in restaurants who, in addition to the tough hours, have seen massive unemployment due to their actual chosen careers and are mostly out of work at the moment. So, if you think claiming to be a sommelier is cool, try going without work and see how cool that actually is.

And please note that the WSET is NOT a sommelier program and will be covered in a future article.

14 responses to “What’s a Sommelier?”