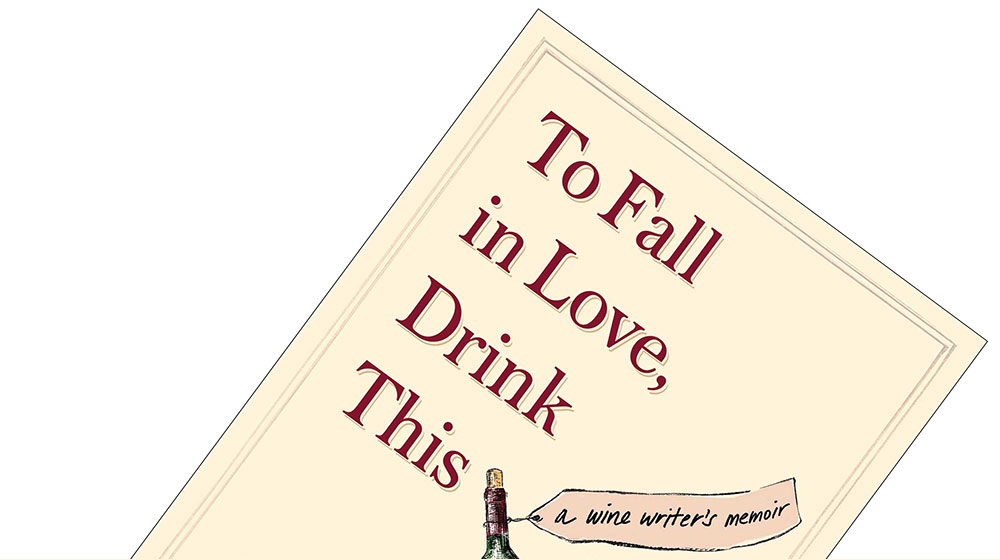 There are few writers such as Alice Feiring that can achieve such an impressive level of discussions and heated debates in the world of wine without having to constantly-wallow in dead-end Twitter spats.

Remember that back in 2009, she’d made the claim in a book title that she’d, “Saved the World from Parkerization“. A bold statement for sure, but it’s this self-confident, anti-establishment, headline-grabbing approach which has defined her writing throughout her career as a book, article, and blog author. It’s a style that’s something like being the Donald Trump of natural wine and it has admittedly served her well.

Thus, any new title by Ms. Feiring is going to have its fans and its detractors. This would in fact make for the summary of her new book, “To Fall in Love, Drink This“: if you’re a diehard fan of hers and her radical pro-natural wine, personal memoir-centric voice, you’ll more than likely enjoy this book. If you’re one who is not, or you’re looking for something much heavier with wine facts, figures, and narrative, then this is most definitely not the book for you.

Somewhere in the middle of the book, there was one especially touching chapter that stood out for me with Feiring and her now-deceased brother who was the main focus of a previous book that was tangentially about Georgia called, “For the Love of Wine”. Within this chapter there’s a calm, studied text that’s quite touching as the two siblings clean out the apartment of their recently-deceased father. The memories of this act glow and the text truly becomes alive at this point.

It was by far and away my favorite chapter of the book until she and her brother go out for wine towards the end and the tone changes quickly. It takes on a lecturing quality that anyone in wine circles is noted and generally disliked for. For a brief moment the book showed what it could have been, but then it quickly reminded of what it had become.

It admittedly wasn’t a surprise as from page one, Feiring makes her declarations clear, including the statement that she’s to “expose the industry’s abuses”. An interesting statement for someone who was once asked by a young female sommelier who respected her, about a sexual assault by a male sommelier who had been accused of sexual abuse by other women. Feiring, who’d previously described the abuser sommelier in question as “on fire”, discouraged the young woman to go public and in essence, told her to suck it up with the justification that, “he was still just a kid who has some growing up to do”. This left the woman saying, “I couldn’t believe that victim blaming was the first place she went.” I think everyone was shocked at this revelation given what a defender of feminism and women’s rights Feiring has always claimed to be.

From this wobbly introduction and declarations we move into the overall format of the book which is individual, and seemingly-random chapters that range from plumbing to travelogues to a the ever-present inclusion of her love life. All of the chapters have a somewhat related wine recommendation at the end of them though. These recommendations come in many forms though and I assume her newsletter, The Feiring Line (“the world’s first independent natural wine newsletter” in her own words) would probably give one much more bang for the buck in the wine recommendation department.

I mention the newsletter as an alternative to those interested in tasting notes and more detailed wine content given that overall, this book isn’t a smooth read. Again, while generally a memoir in format, there is no singular timeline nor succession of events to follow.

At one point she’s talking about things that happened in New York City and then suddenly the text skips up to Vermont. Or then she’s talking about a friend ten years younger than her and how she and her family were in the concentration camps when in fact it was an older cousin. There are a great many examples of this non-linearity throughout the book that make it challenging to find a narrative thread to grab hold of or honestly, to really care about the events therein.

And beyond the ponderous aspect, as it’s a personal memoir the text of course leans heavily on Feiring’s beliefs about natural wine and typical tropes such as the story about the bathtub in her kitchen which continues to pop up in anything she’s written or is written about her. Or then there’s the unnecessarily-detailed chapter about her toilet breaking due to an large guest staying with her and the dialogues with the plumber ensuing, which is probably one of the slowest chunks of text in the entire book. Surprisingly, this chapter concludes with a recommendation for an Albariño that’s one of the most tame of the whole book.

There’s also a great deal of name dropping of various producers and wines (above and beyond the recommendations of specific wines at the end of the chapters) that feels a bit forced and awkward, like she’s trying to impress people but at this stage of her career and with her credentials would seem wholly unnecessary.

So, about the wine recommendations.

These are decidedly for a natural wine crowd, especially one recommendation that’s from a Chilean vineyard affected by smoke taint that she says reminded her of an “Islay Scotch”. But this is actually not how smoke-tainted wine tastes. It’s much more like if one was to drink wine out of the used ashtray in a 1950s diner. It’s highly unpleasant even if that was the “terroir” for that vintage. Or then another Italian wine described as holding “heirloom tomato” and “thorny yet delicate American roses” which sounds… difficult and not really pleasing. Or then, a description of, “…a little fizz, horse dander, like sinew, like a sleek racehorse with muscle with punch, and silkiness, but yet also classic blueberry and animal and muscle and just that mystery that lurks under the crust…” which sounds potently horrid. If that doesn’t put you off, then maybe a wine with, “monkey-like energy” will.

Perhaps a choice wine will be a Pinot Noir from Saratoga, California that’s described as, “The color of the wine was like tomato water. The taste ping-ponged from bright to leather to Band-Aid to delicate to intense to gorgeous, to alive, to electric and mushroom power and back to Burgundy and then to the moon and then to the umami of Japan and the acid was out of control.” This sounds more like what the Joker fell into in Batman (1989) than anything, anyone should ever imbibe. But it gives an idea of the kinds of wines that are included and if they’ll be your very specific cup of tea.

Weirdly, Feiring also includes “recommendations” that she doesn’t actually seem to like–all part of the name dropping it seems. One the examples of this is a wine by Jacques Selosse. He’s a Grower Champagne producer that many people quite like (me included) which is still a touch cultish and is of course very spendy now.

As I said at the beginning, this book will very much split potential readers and you’ll probably be someone who more or less loves it or generally hates it. Given that, it only seems fair to split the overall score to 2.5/5 stars, rounded up to three.