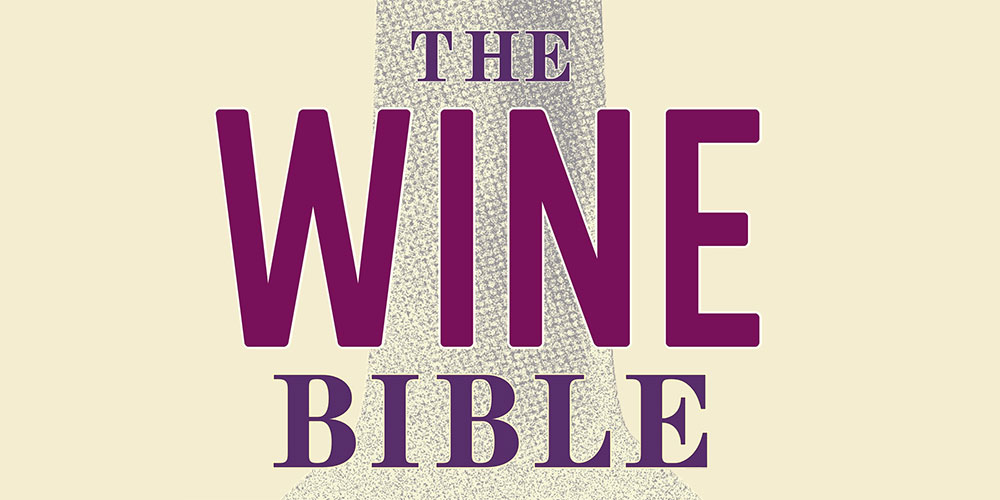 When asked about what book one should read to start digging into wine, there are always two that immediately come to mind for me.

The first is Jancis Robinson’s “24-Hour Wine Expert” for those looking to take a quick dip into the wine world, followed by Karen Macneil’s “The Wine Bible“. I would add that Elizabeth Schneider’s “Wine for Normal People” is a very decent option as well, but in need of a reworked second edition.

Despite The Wine Bible’s rather formidable title, it’s a very friendly reference and Macneil has honed it over the years since the first edition appeared way back in 2000. The 2nd Edition took a bit more time and arrived in 2015. Now, in 2022, I’ve had a chance to preview the 3rd Edition that’s being released in mid-October and it’s a definite upgrade from the previous edition.

First off, and I can’t emphasize this enough, it’s in color! While black and white is cheaper to get out, wine books really need color or they just come up short. In fact it’s the main problem I have with a certain wine book publisher. But in addition to the color upgrade, the book has been condensed (somehow), coming in at 200 pages less in length which seems to be possible due to tighter type spacing and a reorganization of information. The overall dimensions are friendlier as well given that the 2nd Edition (which I also own) is actually very uncomfortable to flip through being tall, heavy, and with thin paper. Due to that, I rarely found myself taking it off the shelf.

There have been a number of regions/countries upgraded in this new edition such as: Jura & Savoie, Sicily, Croatia, Ribeira Sacra, Valdeorras, and a few others. Greece and South Africa remain shorted however and deserve far more space than given. But Germany, for some inexplicable reason, manages to hold on to its 40 pages. This isn’t exclusive to The Wine Bible as every wine reference older than two decades seems to be carrying this forward from an era when German wines were more noteworthy on the international wine stage than nowadays to justify more page space than say, Italy or Spain.

But the one thing that really, really stood out is that this book truly is a full revision. Everything I spot checked with the 2nd Edition showed that it had been rewritten to reflect the current situation as much as is possible in a print book. For example, the complexities of the different sparkling wines co-existing in Penedès are covered very well. Likewise, Great Britain sees an expanded entry as the wines (at least on the sparkling front) have grown and are indeed worthy to note.

You might be thinking, “But it’s a new edition, surely everything would be revised, no?” This is unfortunately rarely the case. For example in “The Wine Atlas”, while the core French regions are excellent and up-to-date, little was done to revise many regions that aren’t French and I was very let down by this 8th Edition. My copy just sits on the shelf, heavily marked up with everything that was wrong and out of date and I won’t buy it again unless there are new authors that really do a full rewrite.

It also needs saying that “The New Sotheby’s Wine Encyclopedia” was even worse than The Wine Atlas with very out-of-date as well as flat-out wrong information which was really disappointing as it was being printed by a new publisher. I can’t see any circumstance where I’d buy that book again and I recommend that others avoid it as well.

This is why I say that Macneil has really excelled on this front and taken a great wine reference and made it even greater.

There are however some odd items, but, they’re usually not related to the wine information, but more the things around it. For example, Catalunya is not a Province in Spain (it actually has four Provinces in it). ‘Samfaina’ is not the Catalan word for ‘romesco’ as the first one is actually a Catalan ratatouille (a vegetable dish) and the second is a tomato and almond based sauce. Or then it’s very oddly stated that Croatia and Slovenia were “brought under Soviet control” when Yugoslavia was not only its own country, but actually one of the “non-aligned countries” in the 20th century.

There are also a few grape variety names misspelled, but that happens. As anyone will probably guess, what gets me the most is Priorat being described as, “monolithic wines that are among the most powerful in Spain”. Admittedly that’s a fair description… if talking about the wines from 2005.

I might be nitpicking but I really hate finding errors like these as then they make me question other bits that I don’t know as well and it lightly diminishes the overall sheen of an otherwise fine reference.

My recommendation still stands however in that overall, this is one of the best general references on wine out there, but get it just for that: wine. The asides about food, politics, and language are hit and miss, but I would hope they’ll be smoothed out to match the wine information in a future edition.